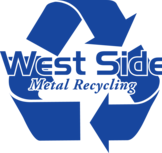 A History of West Side Metal Recycling in Glendale, CA.

Meyer "Mike" Swartzman got out of the service after WWII and started running and operating a salvage yard on the west side of Glendale called, West Side Junk & Salvage. The name was changed in 1978 to West Side Metal & Salvage, and the "junk" part of the name was removed. He purchased aerospace scrap, military surplus, and metals from the public.

In 1975 while going to college, Mark Ringelberg, started working as a laborer. On December 6th, 1980 at 4:35pm, Mike sold the company to Mark and Allyn Ringelberg and the company name was changed once more to West Side Metal Recycling. Recycling became the buzzword of the 80's.

Through the 80's, West Side Metal Recycling was known as a plant closure specialist, assisting in "rightsizing" of aerospace companies such as, McDonnell Douglas (Boeing), Lockheed Martin, ITT, Northrop Grumman, Allied Signal, and Lorral Leiberscope.

West Side Metal Recycling was incorporated under the name La Canada West, Inc. in 1991.

Now, La Canada West, Inc. handles many companies from the banking and movie industries, as well as universities, government and Fortune 500 companies.

Besides being a certified recycler, e-waste collector, and full service metal company, we have the man power and logistics experience to handle any size job.